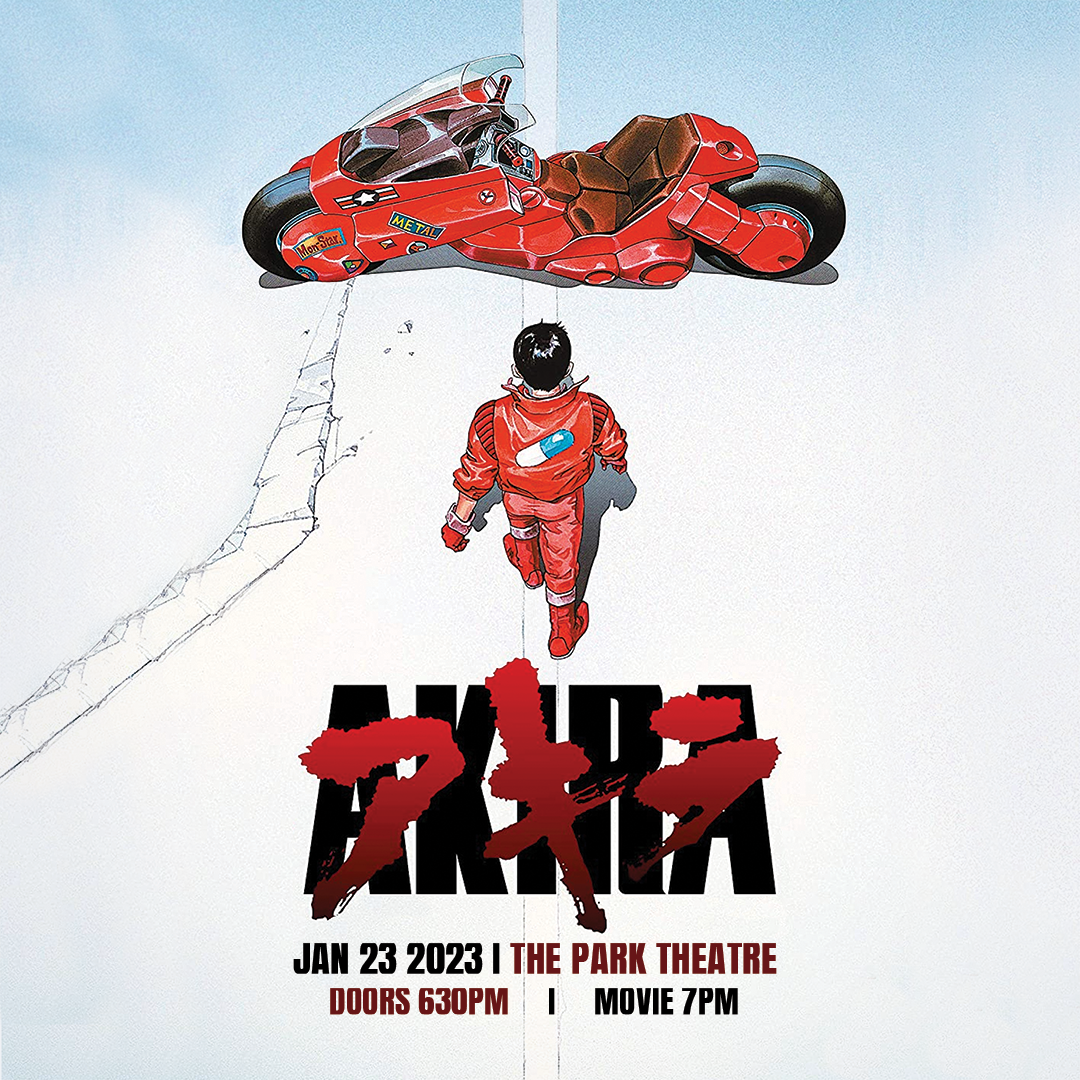 In 1988 the Japanese government drops an atomic bomb on Tokyo after ESP experiments on children go awry. In 2019, 31 years after the nuking of the city, Kaneda, a bike gang leader, tries to save his friend Tetsuo from a secret government project. He battles anti-government activists, greedy politicians, irresponsible scientists and a powerful military leader until Tetsuo's supernatural powers suddenly manifest. A final battle is fought in Tokyo Olympiad exposing the experiment's secrets.

For information on The Park Theatre, please visit https://myparktheatre.com/faq/.